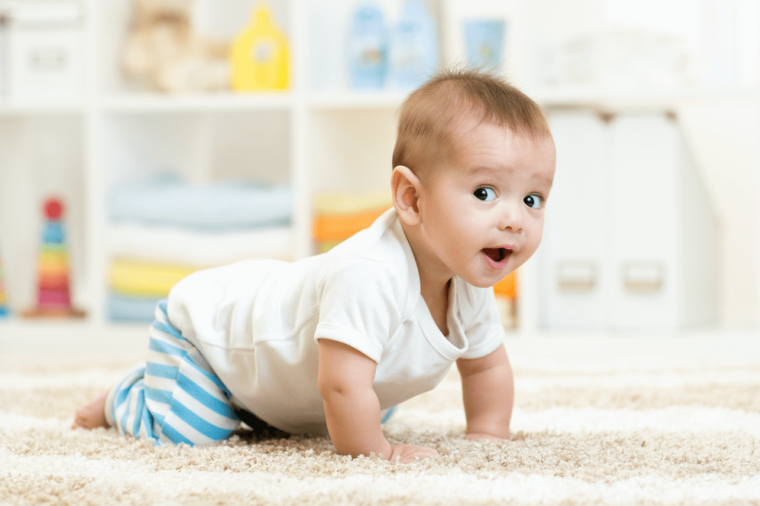 Baby growth spurts: How to detect them and what to do

One of the most commonly discussed topics among parents is the phenomenon of growth spurts.  You’ve probably heard parents, relatives, and friends discuss growth spurts, haven’t you? But what is a growth spurt? Are they random occurrences? What impact do they have on your child’s long-term development? Here are some interesting and useful facts about growth spurts.

What are baby growth spurts?

The stages of accelerated growth are termed growth spurts. During a growth spurt your baby will suddenly intensify her rate of growth in weight, length, and head circumference.

What are the signs of growth spurts?

Although they vary from one baby to another, the main evidence will be a change in your child’s behavior patterns, such as:

Appetite: Since we don’t typically weigh and measure children daily, the most noticeable sign of a growth spurt might be a sudden increase in appetite. To identify growth spurts, look out for times when your little one seems particularly hungry. If you are breastfeeding, it’s likely that you notice your baby lengthens time. On the other hand, if your baby is formula-fed, she is likely to feel hungry after finishing her bottle.

Sleep: Apart from feeding more, changes in sleep periods may be another sign that your baby’s body is channeling her energy to grow. Just before or during a growth spurt your baby may seem sleepier than usual, wake up less at night or take more and longer naps. To be noted, a small proportion of babies may sleep less during growth spurts.

Clinginess: During a growth spurt your baby could act more restless and clingy than usual. These changes in behavior may be due to your baby feeling tired as her energy is devoted to feeding and growing.

Babies experience major growth spurts during their first 12 months. There’s no rule as to when they occur, but experts have identified certain points when they commonly show up:

Finally, there’s no hard evidence to prove that growth spurts bring about a faster cognitive, motor, or social development. But it is a fact that a baby’s brain and skull physically enlarges along with the rest of the body during growth spurts. So, smile! You might find that after a growth spurt, your daughter has acquired a new ability or hit a new milestone, and that’s a positive end to a few days of extra care and feeding.

• by: Kinedu
All parents, specially first-timers, are eager for information that will help them make sure their children are having a satisfactory development. Although every baby develops...
Child Development

The neuroscience of tummy time

• by: Kinedu
It’s common knowledge that tummy time is key to developing the strength and motor skills needed for reaching, rolling over, sitting up, and crawling. What...
Child Development

• by: Kinedu
Just when you’ve gotten the hang of parenting a baby, your little one turns into a toddler and you’re faced with new challenges and joys....