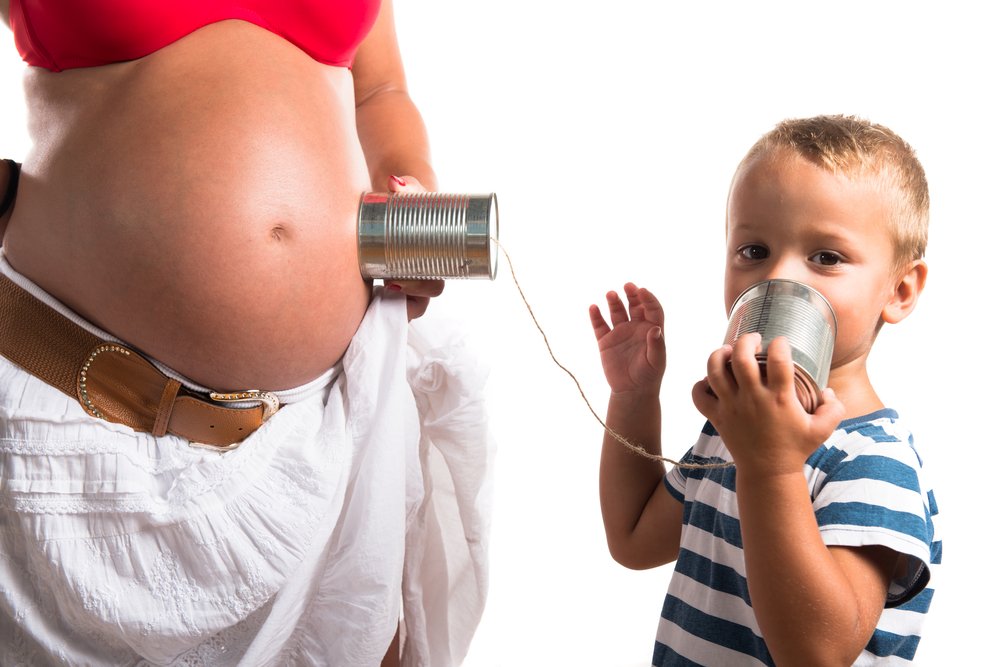 Babies learn language in the womb!

Research has discovered even more evidence on the process of language learning in babies. There is more going on during the prenatal stage than previously suggested. A study looked at babies who were adopted right after birth and who grew up hearing a different language than the one they heard their moms speak in the womb. Researchers saw that what babies hear before and after birth affects the way they perceive sounds. So what is the birth of a language?

“Researchers have known, for some time now, that newborns prefer listening to voices speaking the same language they heard in the womb”, says Anne Cutler, a psychologist and professor at the Marcs Institute. Newborns can actually recognize the same voice they heard during the last trimester in the womb, especially their mother’s sounds, and prefer listening to similar voices than hearing the voice of a stranger. They also have a preference for languages with similar rhythms, than languages with different ones. Newborns indicated this preference by sucking longer on rigged pacifiers that enabled them to hear one familiar speaker’s voice in their language versus another unknown voice or another language.

Dr. Cutler states that researches used to think that babies didn’t actually learn any language units -the smallest units of sounds that make up words and languages- until the six months of life. However, new research includes recent studies that challenge this notion.

In 2010, Dr. Patricia Kuhl gave a Ted talk on this topic. She did experiments with very young infants that were able to distinguish the different sounds used in all the world’s languages. However, during the second half of the first year, babies get used to their own languages and lose the ability to distinguish the sounds they aren’t hearing. However, in the latest study, doctoral students at the Max Planck Institute for Psycholinguistics in the Netherlands looked at Dutch speaking adults, some of whom had been adopted from Korea, but none of whom spoke this language. Researchers discovered that people born in Korea and adopted as babies or toddlers by Dutch families were able to learn to make Korean sounds significantly better than Dutch speaking controls who had been born into Dutch families. Some of these babies were adopted under 6 months of age and this effect was still evident. Thus, the language heard before birth in the first months of life had affected the baby’s sound perception and production, even though the change of language environment happened before the children started making sounds themselves.

“The ability to generalize and to draw abstract conclusions across data is the most important quality of the human mind”, mentions Dr. Cutler. “This is what makes us human”. We can help infant brain development naturally using familiar rhythms in daily parent-child interactions, like talking, singing, and reading aloud.

So, what is the message for all parents? Don’t get too obsessive with preparing your very young infant for language, just do these things that come really easy and natural. Talk to your baby. Your baby is picking up useful knowledge about language before speaking.

Reading with your baby: 0-11 months

• by: Ana Sofia
Reading to your baby is very beneficial. Reading every day helps build a healthy parent-child relationship, because it's an opportunity for one-on-one interaction. Kids who...