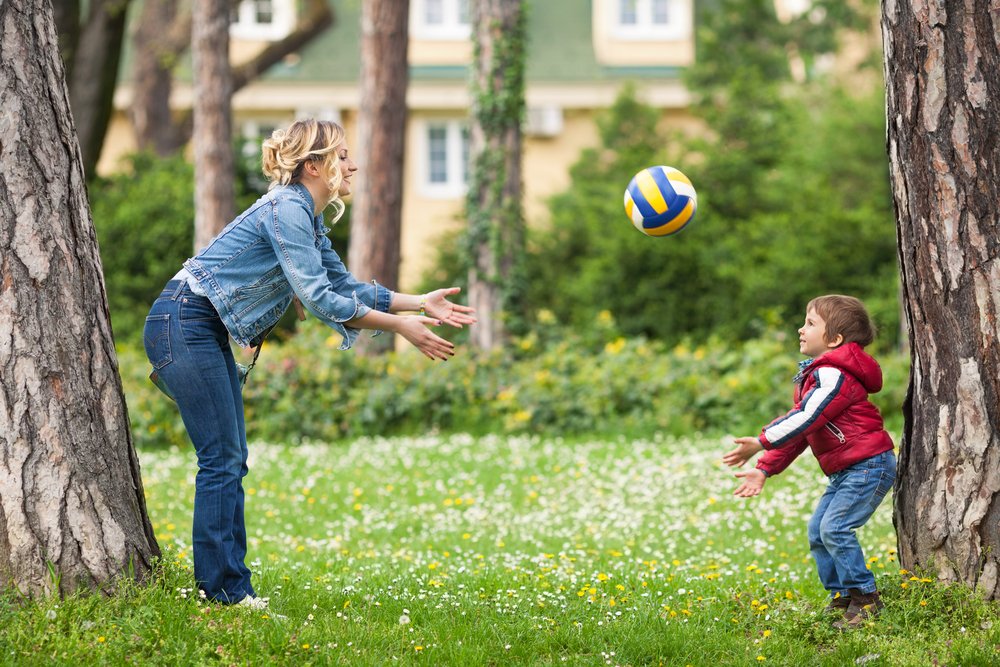 The preschool years are crucial for a child’s gross and fine motor skills development. The American Academy of Pediatrics asserts that most children can catch a large ball with their arms and without falling over at around 36 months of age, while by 48 months they have gained enough motor control and balance to start developing the ability to catch a bounced ball or catch a ball using only their hands.

Although it might seem intuitive for an older person, catching demands plenty of cognitive and physical skills, such as motor planning, hand-eye coordination, sequencing, and bilateral skills. Therefore, it is an ability that develops progressively from 2 years of age until well into elementary school. Around 24 months, your child might anticipate catching a ball by standing straight, maintaining his balance, and holding his arms in front of him. However, the task is still very tricky and he might occasionally catch the ball against his chest but then fall over. When your kid reaches 36 months of age, he should be able to actually catch a ball thrown from about 5 feet away using only his hands, without engaging the arms or chest in receiving it. At 48 months, he will start bending his arms when catching an object, and you’ll notice he engages more when preparing movements and positions to catch something.

When trying to encourage your son to put his coordination skills into action, you can play catch with him, bounce a big and soft ball at the wall and then trying to catch it, or, depending on your child’s age, you can try some of the activities featured here: The Developmental Benefits of Practicing Ball Skills with your Child

My child’s throwing skills and her motor development

• by: Kinedu
As the American Academy of Pediatrics states, at around 48 months of age, preschool children are developing the gross motor control needed to throw a...
Child Development