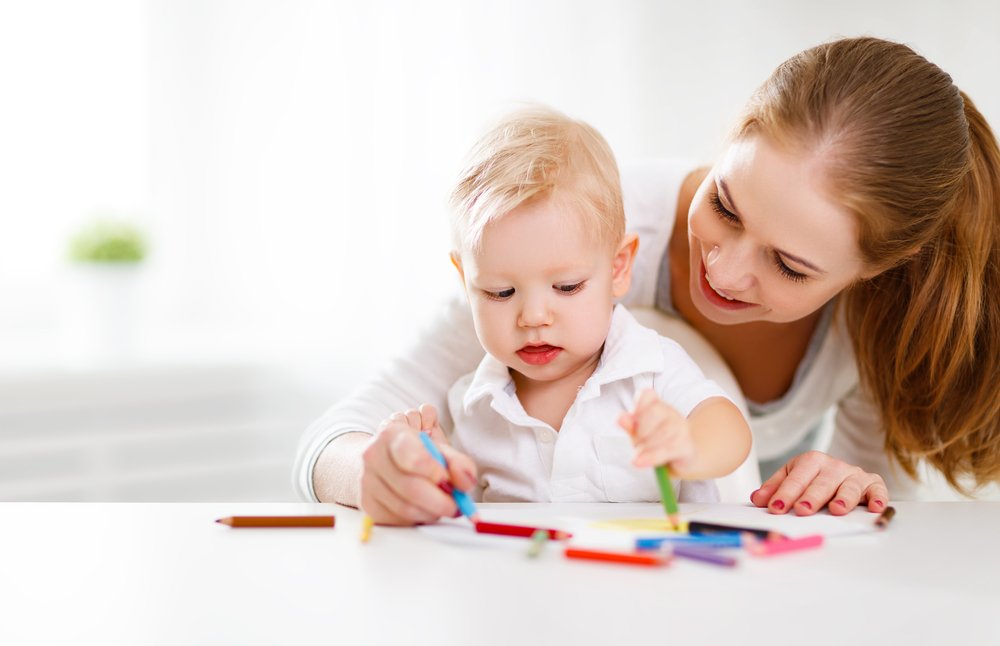 Since birth, your little one has been working on his motor skills. At first he could barely open his hands, but soon enough he liked holding on to your finger and, later, grabbing objects giving them a shake. Every day your little one is achieving more and more complex tasks with his hands. He can now pull objects towards himself, hold them with the palm of his hand, and maybe use both hands simultaneously. Soon he’ll learn how to build tall towers, pick up small objects, manipulate playdough, and hold a crayon. Before you know it, he’ll be tracing lines, making beautiful drawings, and writing his name. All these incredible skills are fostering strength in his hand and finger muscles, getting him ready to hold a pencil in writing position using the index, middle finger, and thumb.

At first, your little one will begin holding a crayon or marker using his whole fist making random whole-arm movements. He’ll then try holding it with his fingers and his hand facing down to the paper. He will still make shoulder and elbow movements to draw lines in all directions, but with a little more control over them. Eventually, his muscles will be strong enough for him to change the position of the crayon, steady the shoulder and wrist, and do short and precise movements while the end of the crayon points straight past the shoulder of the drawing arm. When your child reaches this point, he’ll become quite the painter, and handwriting skills will need to be in his repertoire; specially during the school years. Of course, this will not happen overnight. Every day your child will build up and prepare his muscles with simple motor activities to eventually reach the writing milestone.

As your little one manipulates crayons, he’ll search for a grip that’s most comfortable for him. You might need to look out for any awkwardness in his grip that will later hinder his inscriptive movements. How do you know if your little one is developing a good writing grip? Most teachers and therapists consider the ‘Tripod Grip´ as the ideal way of holding a pencil. It’s the most common grip in which the child holds the pencil with his thumb and index finger, while the pencil rests on the middle finger.

Studies that observed the progression in the development of the pencil grip suggest the tripod grasps to be the most common as the grip matures. As your child continues strengthening his muscles, he will adapt his pencil grip and around 2.5-3 years of age, he’ll be able to do more controlled, fine, and dexterous movements. Another study that observed good and poor handwriting skills suggests that proprioceptive-kinesthetic awareness is an important factor for later handwriting abilities. In the early stages of learning motor skills tactile, proprioceptive exploration, and manipulation are very important and depend largely on the visual control your little one has on the object. So, even if your little one is far from writing down his name, fostering the manipulation of different objects and exploring with his hands and fingers has a positive effect on his later handwriting abilities. The way the crayon feels, the smell of the paint, the texture of the clay, are all sensory elements of information that send feedback to his brain and foster your little one’s process for developing future motor skills.

If you want to know more about your little one’s fine motor development, check out these articles:

• by: Sofía Martínez
As your little one conquers new milestones, he’ll learn how to manipulate objects. Manipulative skills involve using an object to complete a task. It is...
Child Development