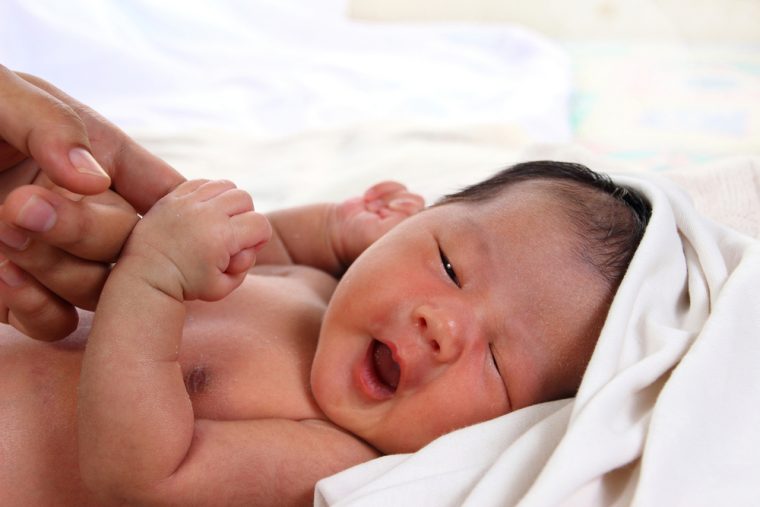 When your baby comes into the world, he seems like such a delicate tiny person. Holding him is the most beautiful feeling, but at times it might make you feel a little apprehensive. You might not know if you are doing it the right way or how careful you need to be. Taking special care of holding his head is very important during this stage. We would like to explain why and how it will evolve later on.

During these first few days, your baby hasn’t developed voluntary muscle movement yet and most of his body mass is located in his head. So, his neck is not strong enough to hold it. However, he is capable of movement and has some muscular tone. How can you tell? He will present something called primary reflexes, which are defined as the survival instinct responses to the environment. For example:

These reflexes are very important not only to survive, but also to accomplish future voluntary movements. They are the milestones your little one will reach before accomplishing voluntary movement. One of them is head control and while he is responding with these primitive reflexes, he is also moving or exercising.

During this newborn stage, your son’s neck muscles are still fairly weak and he will rely on you to support his head. Voluntary movement can be scarce, but he will get stronger day after day. This is a great opportunity to be face to face with your baby. Enjoy the chance to hold him, cuddle him, make him feel safe, and have lots of bonding time while you carry him and hold his head.

Little by little you will see his muscles start to strengthen, and by the end of the first month his neck muscles will be strong enough for him to turn his head from side to side while laying down. The development of these muscles is very significant because, for newborn’s, this process starts at the head and then continues to move to other parts of the body. First the core muscles, and then the rest.

The acquisition of head control is crucial, and it will lay the foundation for other physical milestones like rolling over, sitting, crawling, and walking. Moreover, your baby needs to be able to support his head before you introduce solids to his diet. Before you know it, he will be able to hold his head up or even sit in an upright position.

Take the time to relax and spend time with your baby, observe the little muscle movements he can make, and let him explore!

Your baby’s first movements and coordination

• by: Sofía Martínez
We’ve previously talked about how your baby’s vision is one of her main tools for learning and taking in all sorts of information about the world...
Child Development

Muscle development in your baby

• by: Olivia
When you hear the term “muscle tone”, what do you think about? You might imagine yourself finally having the time to go to the gym,...