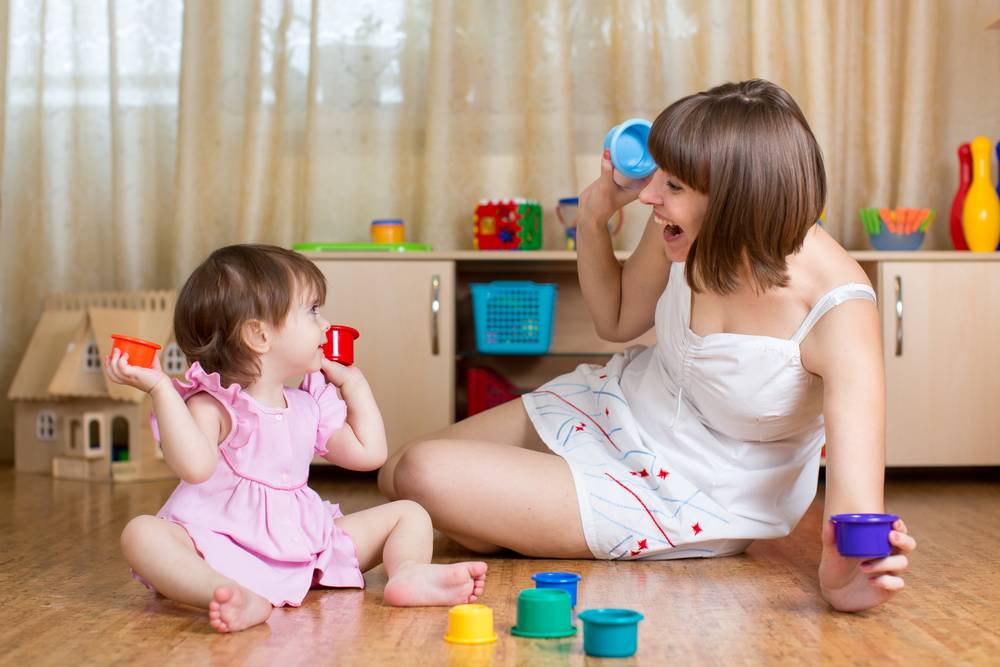 Could a baby’s social skills play a role in cracking the code of learning a second language?

It’s clear that babies learn language best by interacting with people, rather than by listening to audio recordings or videos. However, it remained unclear which aspects of a social interaction were the most critical in order for babies to learn a new language –until now.

A new study led by researchers from the Institute for Learning & Brain Sciences (I-LABS) at the University of Washington demonstrated for the first time a link between a baby’s ability to learn new language sounds (which will later translate in learning a new language) and a social behavior called ‘gaze shifting’. For those who are not familiar with the term, this early behavior happens when a baby makes eye-contact and then looks at the same object that the other person is looking at (example shown below).

“These moments of shared visual attention develop as babies interact with their parents, and they change the baby’s brain,” said Rechele Brooks, research assistant professor at I-LABS.

In the study, 9.5 month-old babies from English-speaking families attended foreign language tutoring sessions during 4 weeks. The 17 babies who participated in the study interacted with a tutor in 12 to 25-minute sessions. The tutors talked, read books, and played with toys while speaking in Spanish.

Interestingly, the results showed that the more gaze shifting the babies participated in during their tutoring sessions, the greater their brain responses were to the Spanish language sounds!

These findings confirm the importance of eye gazing in learning a new language and that babies are not just passive listeners. A baby’s engagement during a social interaction clearly contributes to the learning of a new language. Now, whenever you play with your baby, notice if she starts gaze shifting. It will mean that she is paying attention and showing you that she is ready to learn!

These findings confirm the importance of eye gazing in learning a new language and that babies are not just passive listeners. A baby’s engagement during a social interaction clearly contributes to the learning of a new language.

Impact of gestures in language development

• by: Samantha
People all over the world, from different backgrounds and cultures use hand gestures when they speak. Hand movements are so natural and prevalent among cultures...
Child Development

• by: Alice
If you have been paying close attention to your baby, you have probably noticed that before she can even talk, she has been trying to...