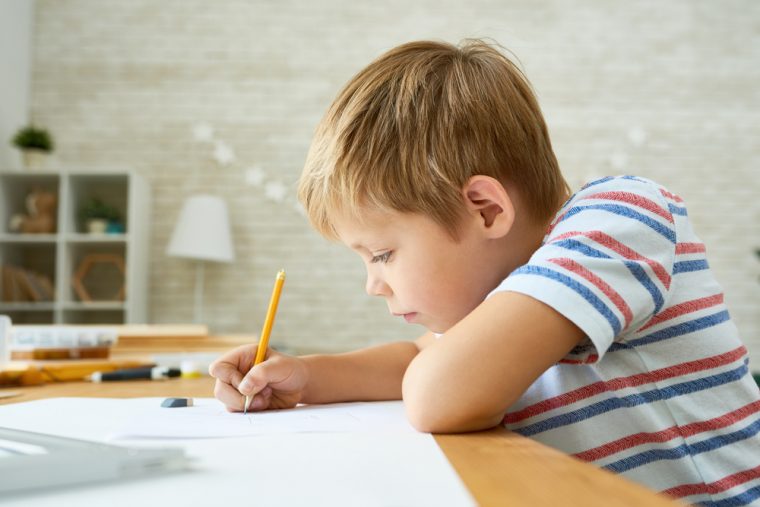 We’ve previously discussed the influence of technology in handwriting, as well as the importance of hand coordination as a pre-writing skill. Today we want to address the possible link between handwriting skills and the future academic success of your little one.

Laura Dinehart, an expert on early childhood education, conducted a study that was published by the Florida International University. She found that preschoolers’ early writing skills can predict both their grades and their standardized test scores in second-grade reading and math.

She examined the grades of 3,000 second-graders and linked them to past information about the children’s skills during preschool. She observed that the little ones who received good grades on fine motor skills tasks during early childhood had higher grades in second grade and vice versa. Those who did poorly had lower grades.

Other research on child development states the importance of pre-writing skills, based not only on its influence on motor skills refinement, but on other skills. Scribbling, coloring, and more evolved types of writing foster your child’s curiosity, while his brain cells connect in many different ways. You’ll see how, as he tries and imitates the print he sees in his environment, scribbling and pre-writing skills we’ll start to emerge.

Moreover, as he practices scribbling, he will gain muscular control and start to draw circles, symbols, and even letters. This involves not only motor skills, but a wide arrange of other skills, like attention, memory, finding cause and effect, and many others. All these skills will make your little one triumph, not only academically but outside of school too.

Help him strengthen and practice his pre-writing skills and lay a foundation for what comes next!

More on handwriting: Writing and drawing: What can my little one do at each stage