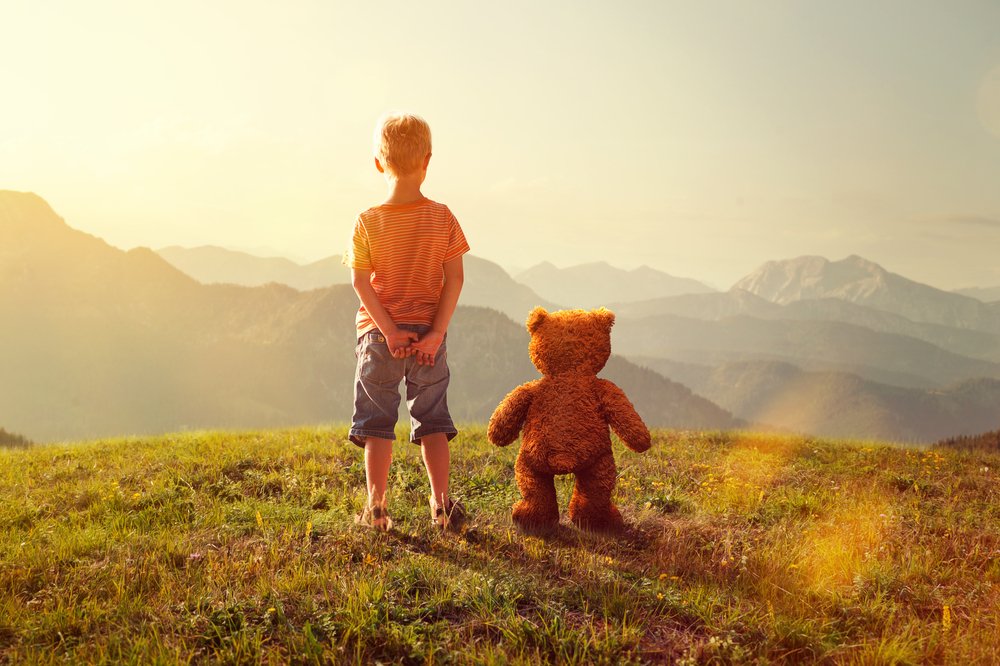 You might be wondering why your child suddenly has an imaginary friend or why this fantastical company is still around now that your kid is old enough to start going on playdates. Why is he playing with an imaginary friend if there are so many real-life positive socializing opportunities daily?

First of all, having an imaginary friend is completely normal. In an article published in 2008 by the American Journal of Play, psychologists reviewed research interviews with children, from toddlers to second graders, and found that the creation of an imaginary friend is a healthy and common type of pretend play, in which children invent stories and characteristics about their imaginary pals that they are happy to share. Jacqueline Woolley of the University of Texas at Austin stated in her 1997 publication in the journal Child Development that, even though kids can get very involved in their play, research has found that having an imaginary companion doesn’t hinder nor compromises a developing child’s capacity to distinguish pretend from real. After all, being a young child is difficult and which little boy would turn down an opportunity to be accompanied by someone completely under his will, someone that is not a rival competing for his toys, attention of parents, food, and that is completely non-threatening and controllable?

Most of imaginary play-pals appear when a child is between 2 and 3 years old. Depending on the child, an imaginary friend might be ever-present around your kid or an occasional house-guest. Imaginary friends come in all shapes and sizes: from a fairy-godmother to a giant red dog. They can be animal, adult, peer or a fantastical creature –imagination is the limit!

Children have imaginary friends for all sorts of reasons. One kid might use one to encounter his developing personality, as a safe way to explore emotions or as an outlet to express complicated feelings or words, while other kid might have one that acts as an alter-ego to test parents and limits, and place blame for misconducts. It might be that a child creates a pal that’s a perfect peer to keep him company or give extra moral support.

Marjorie Taylor is a leading psychology researcher in the Imagination Lab at the University of Oregon, and, since the 80s, she has been exploring the relationship between imaginary friends and children’s cognitive and socio-emotional development. According to her book Imaginary companions and the children who create them, up to two thirds of children will have an imaginary friend between the ages of 3 and 8. Her research team has found only small statistically significant differences between kids with and without imaginary friends, but these differences are actually positive. Children with imaginary companions appear to be good at understanding the perspective of others, have a slightly larger vocabulary, and seem to be less shy.

If you understand the importance of your child’s imaginary companion, but could use a few tips on how to act around it, here are some of the recommendations developmental psychologist Tracy Gleason, from Wellesley College, gives to parents:

If you want to read more about this, here’s a link to a good article about imaginary friends by New York Magazine:

• by: Kinedu
In the last couple of years, your child has been working very hard at learning postural control, moving more independently, trying out his language skills...
Child Development

• by: Kinedu
The guidelines issued by the American Academy of Pediatrics suggest that, between 2 and 3 years of age, children learn to discriminate shapes and colors...
Child Development

Positive discipline: what it is and how to use it

• by: Kinedu
Twenty-five years ago, Doctor in Education Jane Nelsen published her book Positive Discipline and proposed that the key to teaching discipline to children is not...