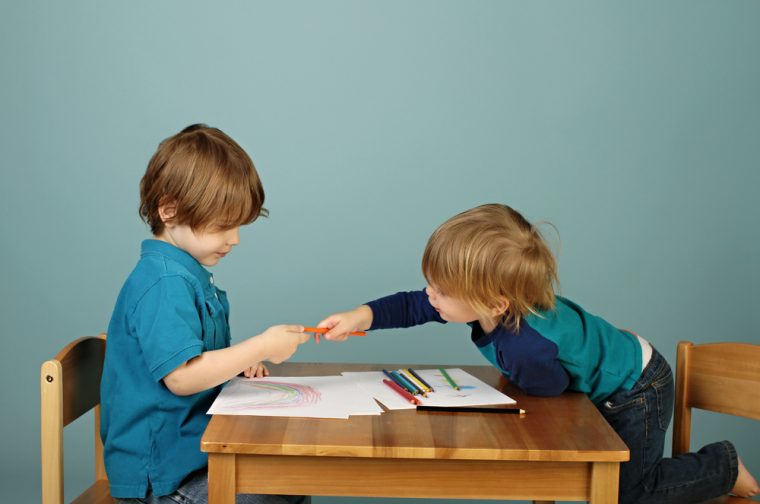 Is it mine or is it yours?

At around 29 months, your little one will reach a very interesting milestone: understanding that some things are his and some are not. This will help him greatly on his social and emotional development, allowing him to interact and understand more about our social world. It also requires many cognitive and reasoning skills, as he’ll begin to grasp the concept of ownership. It is astonishing how kids can make all of these judgements at such an early age! Ownership is not something they can see, it is an abstract concept defined by social and normative cues. So, does your little one actually understand ownership? Or is he just getting mad about a toy being taken from him?

Around the time your child turns two, you may notice that struggles over toys become more frequent. Even since about 18 months, attempts to take toys or to remain in possession of them are common. However, what some studies have found is that at this age, when the original “owner” of the toy tries to take it back, the toy taker protests just as strongly. This starts to change after turning two: children will protest much more when a toy is taken and they first had it, than if they weren’t the ones in possession of the toy in the first place. Plus they’ll start to identify the owners of certain objects, for example “daddy’s glasses”.

How do children understand the concept of ownership?

You might be surprised at the level of reasoning children need to assign ownership of an object to someone! They make various judgments, including if something is owned or not, who owns what, why, and what rights do they have over owned objects. Children use different types of knowledge to decide about all of these things. For example:

So, why is this milestone important or helpful for your little one?

Well, understanding ownership and what is his and what is not, is a big part of his social and emotional development and allows him to have a more socially appropriate behavior. Also, ownership is a big part of preference for children and how memorable an object is for them. Your son might remember or prefer a certain toy car because it’s his, than any other toy car found at preschool or another kid’s house.

Plus, understanding that they own something, can actually help children be more willing to share! If a kid is not aware that he owns something, thus he doesn’t know that he has the right to offer it to someone else. Also, understanding that possession is not the same as ownership can make sharing easier, because children know that if they physically transfer the object temporarily to another child, they can preserve its ownership. Maybe the next time your little one says “It’s mine”, ask him why and see what explanation he comes up with!

If you want to learn more about this be sure to check out these studies:

Mirror, Mirror: Behind your little one’s wish of wanting to be like you

• by: Sofía Martínez
Have you noticed how when you do something your little one is waiting to do the same? If you have a little girl, one of...
Child Development

How to manage my child’s aggressive behavior PART 1

• by: Sofía Martínez
While most of the time your child’s behavior melts your heart with love, there might be other times where his lack of self-control is overwhelming....
Child Development

How to manage my child’s aggressive behavior PART 2

• by: Sofía Martínez
In part 1 of this article we talked about the strategies you can use when you find yourself in a situation in which your child presented...