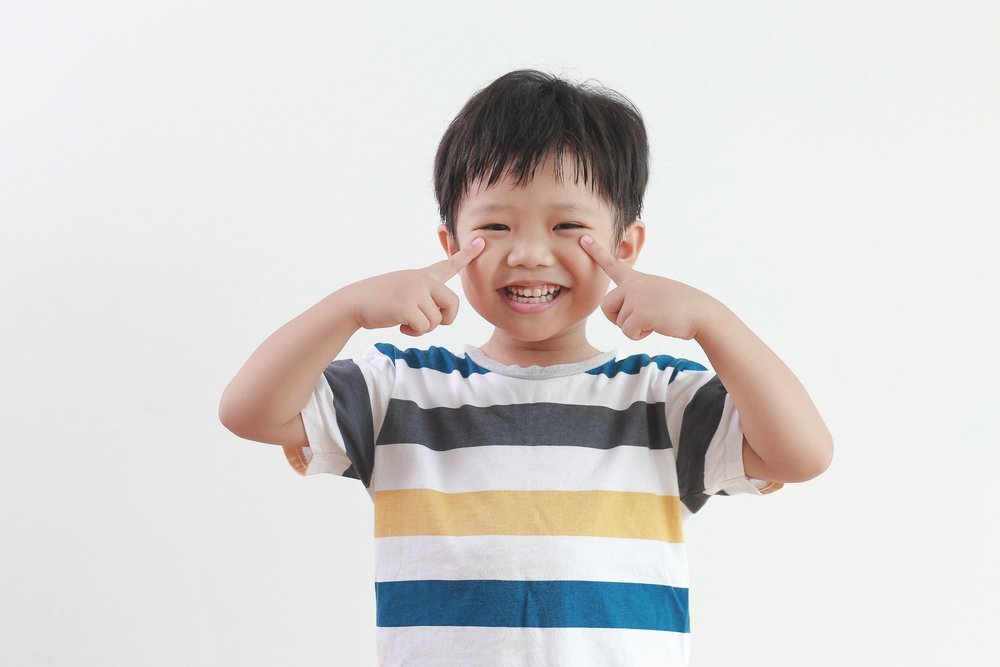 Learning the names of the body parts!

The American Academy of Pediatrics suggests that 36-month-olds should have acquired enough vocabulary to start naming things in a much more specific and nuanced manner. You’ll notice that your son is paying more attention to details and memorizing more words to express himself when he starts using more advanced vocabulary to refer to the body parts. Around this age children will start naming smaller body parts, like eyebrows, nails, and knees.

There are many ways in which you can help your child learn the names for less noticeable or more difficult body parts. For example, you can start by simply exposing him to the new names by pointing something in your body, then on your child’s body, and finally naming it. Children understand how a word is being used before they can actually produce the appropriate sounds. Use any opportunities throughout the day to mention the body part that your child is using while doing an activity. For example, mention the bent knees when sitting in the floor playing, or the nails when you clip them. You can also play games, like drawing or printing a big picture of a beloved human character and then asking your son to point to different body parts.

Another way of learning about body parts while having fun is using music and movement. You can propose dancing freely to the rhythm of music, modeling different movements that engage different parts of the body, and then mentioning their name. For example, say “now flex your knees like this” while touching your knees and bending them in a bouncing motion. Play children songs that focus on identifying body parts, such as labeling, touching, and moving them one by one, so that your child learns about them and incorporate the words into his vocabulary.

How to encourage my little one’s language development

• by: Kinedu
Your daughter learns about language through everyday moments with you, her caregiver. Reading books, engaging in conversations, and playing help, but what can you do...