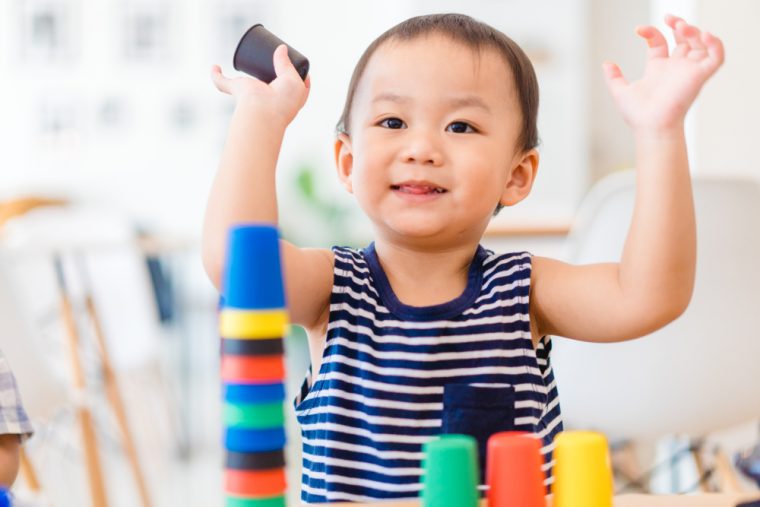 As we stated in the first part of this article, even though your little one was born with a basic mathematical understanding, you and his environment have a very important role to play by contributing to the further development of mathematical skills.

These concepts are developed through the routines, experiences, and interactions you have with him each day. Being aware of these early mathematical concepts helps you to be more intentional when you support him and will also impact his future academic skills. You are making sure he’ll be ready for school!

Near his second birthday, you might notice new behaviors in your child. He will probably be able to solve simple puzzles and his number sense will start to develop. What does this mean? He now understands that numbers represent certain amount.

Number sense also develops in stages. At first, he’ll pay attention when you count out loud. When you do so, you help him notice the relation between the objects you are counting and the number that labels that amount.

By the time he starts relating the concept of amount to objects, he will have developed enough language skills to produce a few words. He will start using concepts like “some” and “more”. Have you witnessed this yet? Now, if he wants more food he doesn’t cry, he asks “More!”.

A little bit after this, you might start counting together! You are no longer doing it by yourself, now he has joined in the fun! He still needs your support, so practice this often. By doing so, you’ll help him acquire the counting ability, while fostering his independence abilities. One day, he’ll be able to do it by himself.

Counting is a huge milestone! It demonstrates the comprehension of number sense and it means your little one is also developing his problem-solving skills. Depending on his environment, he’ll developing different ways of thinking. See? You use more math than you realize!

How can you help your little one during this stage?