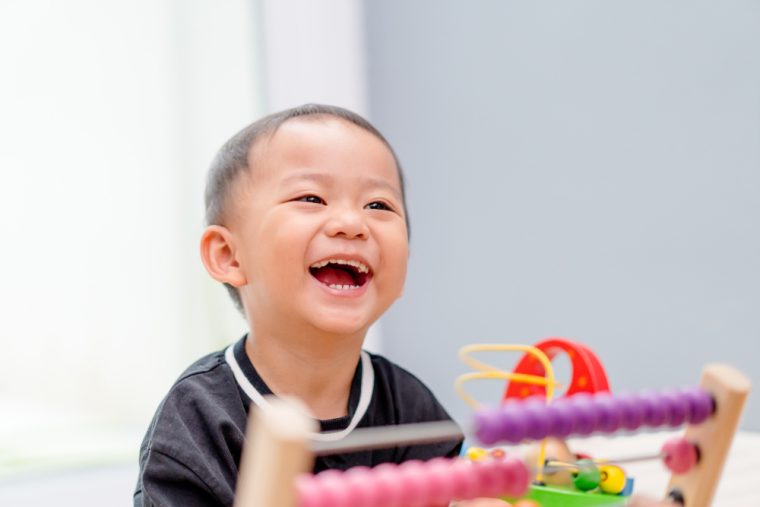 Your little one’s math skills keep growing, and as he becomes older, he also moves on to more complicated concepts. We have discussed the strong foundation you laid out when he was a baby, then you supported him through the start of his counting and number skills. Now let us show you what comes next.

During this stage, his math skills are developing even further. With your help, he will start the necessary road to acquire number awareness. What is this? Math and number awareness refer to the ability your little one has when recognizing numbers.

He might now be able to identify that “2” is related to the word “two”, he might also understand how counting works and will be able to learn one-to-one correspondence. This means he will count an object by mentioning a number, even if it’s not the correct one, he will now know that object corresponds to a concept.

It’s important that your child can touch the items while counting, so that each item represents a number. Children learn math skills through hands-on play and the use of concrete examples using blocks, toys, or other household items.

Al this time, he’s probably been identifying patterns in his routines; but now he’ll be transporting this knowledge to some new and more complex skills.

Math and number awareness is the foundation of for learning more advanced math concepts. At this point, he might start to develop some of these by engaging in sorting and classifying.

You will notice how your little one will start putting together things that are alike. This can be caused by two types of thinking. One, is that your little one can now notice the differences between two or more objects. He has grown his curiosity and abstract thinking enough that he can recognize what the object does or how it is used. The other type of thinking is also related to imitation. He might see you classifying objects and follow your cue. Classifying objects is an important part of developing early math skills because it will help him identify and describe relationships between objects. While he is playing he is also supporting his math skills such as understanding one-to-one correspondence.

He was born with a natural skill to recognize the existence of quantities. But now he will develop this even further. During this stage he might be able to identify when there is one object or more than one.

He will also be able to understand there’s more than one, knowing there are multiple objects but will not yet be able to identify how many there are.

When trying to establish quantities, he might count up to three or maybe a little bit more, with a few mistakes regarding the counting order. This is because he understands that he can assign only one number to each object, however he doesn’t yet understand that the number assigned relates to a quantity, so he starts randomly assigning numbers.

How can you help him during this stage?

In most of these skills, he will be working on his understanding of number relationships and the purpose of numbers in counting. Learning this, might lead your child be able to recognize patterns in materials and objects around him later on in life. Most importantly, this fun way to learn is a great opportunity to spend quality time together.