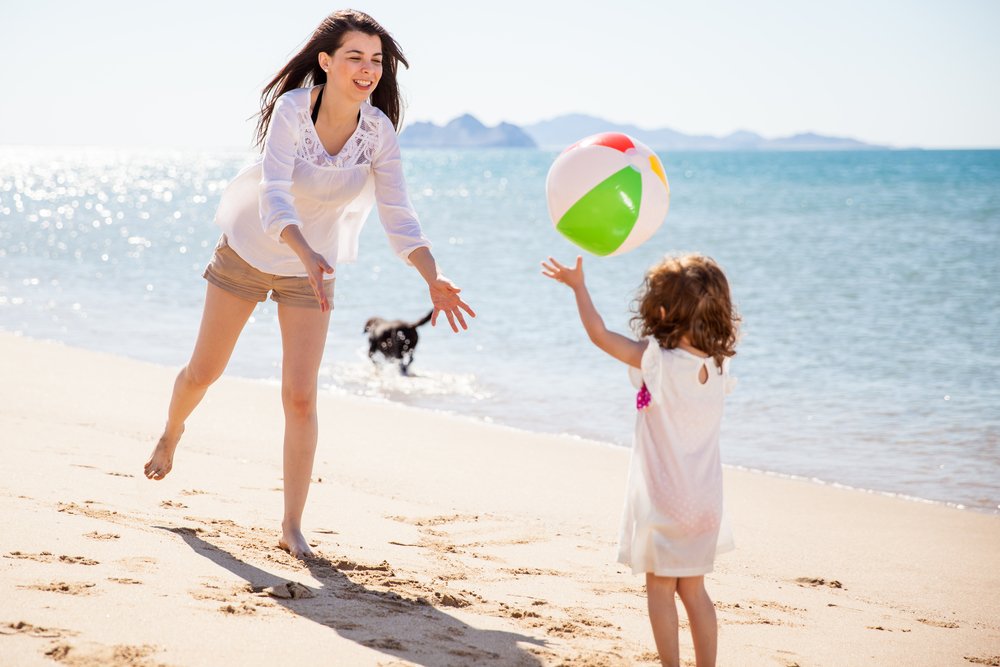 My child’s throwing skills and her motor development

As the American Academy of Pediatrics states, at around 48 months of age, preschool children are developing the gross motor control needed to throw a ball over their heads using both hands, and using their whole body to propel it and give it momentum. A child’s ability to throw an object might not seem as developmentally important as walking or mastering the pincer grasp. However, it’s actually a good indicator of muscle strength and development, and of how well a kid can balance and control his body while moving, of how much he engages with the environment, and how well he coordinates different limbs doing opposite actions at the same time.

Let’s do an overview of how your daughter develops the necessary capacities to throw a ball. By 24 months of age, she is able to throw forward small and light objects (like a tennis ball) using an overhand or underhand technique. While at 2 years she’ll throw objects farther than 3 feet, by 30 months of age she will develop the muscular strength needed to throw the same object at least 6 feet. At 42 months, your little girl will be able to throw a tennis ball up to 10 feet using a more complex set of movements, like moving arms up and back to propel the throw and rotate the torso accordingly. By 48 months, she’ll be able to move her arms and legs to prepare the movement and then throw an object.

You can help your daughter tackle complicated physical skills by providing plenty of opportunities to try and do a task. Break down the movement into independent steps, like lifting a ball over her head, maintaining her balance, holding the ball in the different positions of arms and legs needed to do the “throwing” sequence, and, finally, praising and encouraging her effort.

• by: Kinedu
The preschool years are crucial for a child’s gross and fine motor skills development. The American Academy of Pediatrics asserts that most children can catch...
Child Development