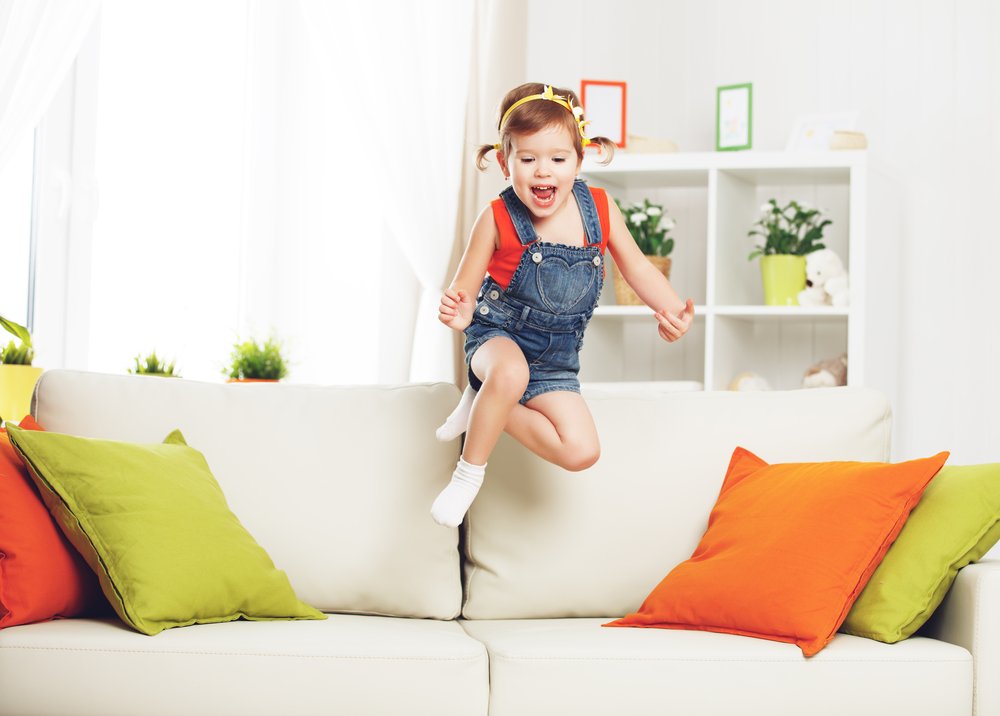 According to the well-known book Fundamental Motor Patterns, written by Ralph Wickstrom, jumping is a fundamental gross motor skill that involves transferring weight from one or both feet to both feet, with a mid-flight moment in between. We can divide jumping into three separate, yet interdependent, activities: take-off, flight, and landing. As a parent of a preschooler, you probably care a lot more about landing safely than the other two steps.

Both horizontal jumping and vertical jumping are used in many sports, games, and activities that your energized daughter will soon encounter. However, beyond how practical jumping may prove in a child’s daily life, it is a skill that encourages plenty of other developmental processes, such as visual-spatial coordination, attention, body-memory, core stability, and even confidence.

Chances are that at 2 years of age your daughter was already discovering various forms of jumping, most likely forward. During her experiments, her movements may have seemed uncoordinated: she didn’t engage the arms, her the legs weren’t always flexed the same way when taking off, etc. At around 36 months of age, you will see your child’s jumps become increasingly complex. Both vertical and horizontal jumps will engage the full body in the movement. For example, she’ll start each jump by gaining impulse with the arms, and during flight she’ll have them at the sides to maintain her balance. Arriving at the 48 months mark, many children have gained enough strength and motor control to jump confidently up and down small steps, hop on one leg for a couple of seconds, start and land with both feet at the same, and even jump backwards.