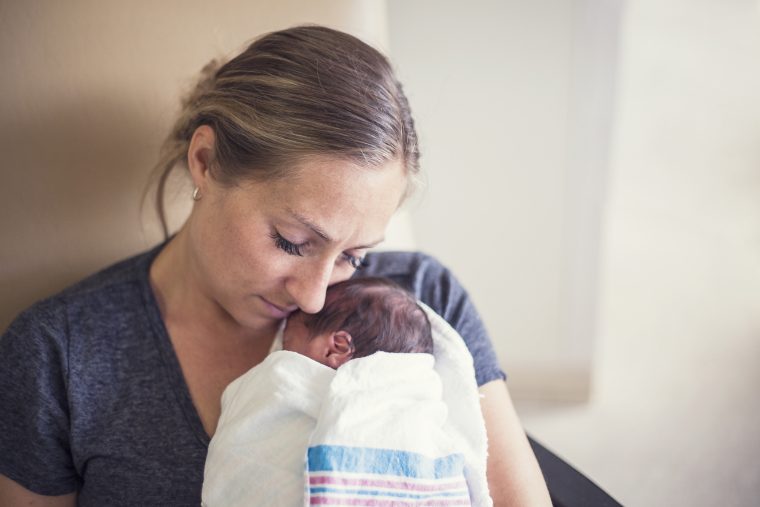 Contrary to what you might think, most premature babies have a healthy development. Those born earlier or with low birth weight are more likely to have developmental delays or impairments, but in many cases, they also grow normally.

Premature babies are born before 37 weeks of gestation. According to the CDC (Centers for Disease Problems and Prevention), a US health protection agency, about 1 of every 10 infants is born prematurely every year in the United States. In recent years the rate of premature babies has increased basically due to a higher number of multiple births: twins, triplets, etc. These babies are 6 times more likely to be born prematurely.

Growth and development after prematurity

During their stay in the neonatal intensive care unit (NICU) doctors usually make examinations to detect early signs of physical or movement problems. This will help them determine the need for early intervention. Once you’re home, you may also check for signs like if your little one is only kicking with one leg or waves one hand more than the other.

Very premature babies are more likely to present minor movement impairments, around 40% according to Raising Children Network. Common problems include:

They also claim that about 10-15% of premature babies have major motor problems, often known as cerebral palsy. Very premature babies, whose brains haven’t fully develop, and those who are very sick are more likely to develop cerebral palsy. This diagnosis contemplates milestones like sitting up, crawling, and walking, therefore it’s difficult to have a precise diagnosis before the baby is 12 months old.

Emotional management is fundamental in all areas of the baby’s development, as it allows him to identify and express his feelings, as well as understand those of the people around him, and develop his social skills. It also helps him to pay attention, achieve goals, and gain autonomy.

Premature babies in the NICU tend not to cry a lot. However, a healthy premature baby will show an increase in his crying similar to that of a full-term baby.

During their first year of life, premature babies show less social interaction than a full-term baby, and they prefer to sleep. It’s important that you learn to identify your baby’s body language to identify his needs. Eventually, he will be more communicative and learn to socialize.

Most premature babies have normal cognitive development. Only very premature babies or babies who were very sick will present major impairments of learning and thinking, and this is still a very small proportion. An IQ test will allow your doctor to determine if your baby is within the normal range.

You probably will not notice any learning and thinking difficulties until your little one goes to school. That is when he will need to put together his abilities to solve problems, learn to read, etc. He might need extra school help. If this is the case, don’t worry, you can help your child improve his skills by making him feel loved and maintaining a stable, safe, and stimulating environment at home.

Should you have any concerns about your child’s cognitive development, talk to him and consult his preschool teacher, his pediatrician, or health specialist. It’s important to detect any impairments and intervene early.

Although premature babies are more likely than full-term babies to have sensory development impairments, most develop normally. Some situations expressed by parents of pre-term babies include sensory sensitivity, for example to stimuli such as noise; others have feeding problems. Preemies may have a low pain threshold compared to full-term babies.

According to Raising Children, an Australian foundation, only a very small percentage of premature babies have hearing impairments (2-6%). And it’s more common in very preterm babies. Fewer children have major hearing problems in both ears. It’s important to have an early diagnosis of your baby to detect any impairment. Listening well is essential to develop his language and communication skills.

Pre-term babies have higher probabilities than full-term babies of presenting minor visual impairments. According to Raising Children, only between 1 and 12% of preemies present major visual problems, and they are more common among very premature babies. Visual problems can be detected very early on, in fact since the baby is in the NICU, when doctors perform visual tests regularly.

Most premature babies have normal language development, although it’s frequently delayed. As in other development areas, small or very premature babies are more likely to present language difficulties. These children may also have greater problems at school, as they have trouble expressing themselves and understanding what they are told.

The good news is that you can help your little one to develop his language skills by promoting an environment where there are many talking and listening experiences at home. Reading and singing with your son will also be very helpful.

It’s important to be attentive since delays in language development can be a sign of cognitive or hearing impairments. Contact your child’s pediatrician or health professional if you have any concerns.

Concerned about your preemie’s development?

Of course, it’s important that you carefully watch your baby’s growth and development. The sooner you identify any delay or impairment, the better his chances are of developing normally. But keep in mind that there’s a wide range of “normal” when it comes to development.

Also, take into consideration your preemie’s “corrected age”. For example, if your child is one year old, but was born 2 months early, his corrected age is 10 months. So, compare his achievements and skills with those of babies his corrected age.

If you are concerned about your premature baby’s development, get professional advice from your pediatrician, GP, or a specialist in baby development.

• by: Kinedu
Playing is nature’s own formula for learning.  Playful interaction is fundamental for the healthy development of your baby and toddler and it’s the most complete and...
Child Development

• by: Kinedu
All parents, specially first-timers, are eager for information that will help them make sure their children are having a satisfactory development. Although every baby develops...
Child Development

The neuroscience of tummy time

• by: Kinedu
It’s common knowledge that tummy time is key to developing the strength and motor skills needed for reaching, rolling over, sitting up, and crawling. What...