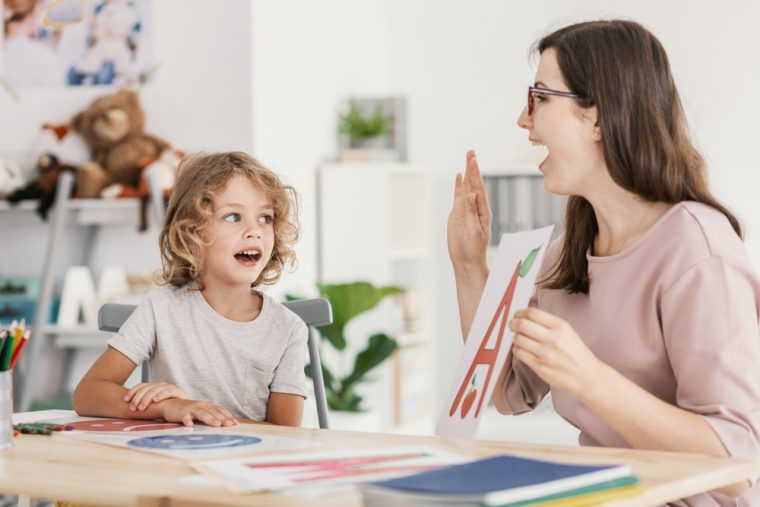 Pronunciation in your little one Part 1

From day one, your little one has been taking in everything around him. Even before he was born, he was absorbing everything he was listening to and, as he starts expressing his first words, you’ll see how much he has to say.

He might start with sounds that do not mimic exact words, but step by step he will begin to perfect them. This is called phonology, which refers to how speech and word sounds are used and organized in your child’s language, as he learns to talk.

Phonology is a cognitive skill and it is a strong predictor of future academic success. Even though it begins quite early, children don’t really begin to speak in anything that approximates meaningful words until they are about one year old.

Your son goes through this developmental process because he needs to learn to coordinate his tongue, lips, teeth, and other muscles to articulate properly. As your child continues to develop, he will stop using what seems like random speech sounds and begin articulating and enunciating increasingly complex sentences.

How can you help him out?

Some sounds are more difficult than others due to the place in which the articulation takes place. To pronounce them, your little one needs to coordinate the necessary movements; for sounds to come out he needs to control the constriction of the vocal tract.

The pronunciation of a consonant will depend on where in the vocal tract the constriction is made and how narrow it is. It also depends on a few other things, such as whether the vocal cords are vibrating and whether air is flowing through the nose.

Between 18 and 36 months, your little one will reach several milestones when it comes to consonant pronunciation. He might begin pronouncing words that begin with “m” and then extending to other consonants. The best way to help him out is exposing him to varied language.

Later on, we’ll explain more in detail which consonants he will pronounce first, and how are they classified by articulation points. This way, you’ll know more about such an important milestone!

To read more go to: Pronunciation in your little one Part 2

Wintry activities for your little one

• by: Molly Dresner
1-2 Year Old Tasks: Read in Theme: One of the easiest ways to expose your little one to the winter theme is to read together...
Child Development

• by: Sofía Martínez
We’ve previously talked about what you can do to enhance your child’s language development and about findings of how the way you interact with your...