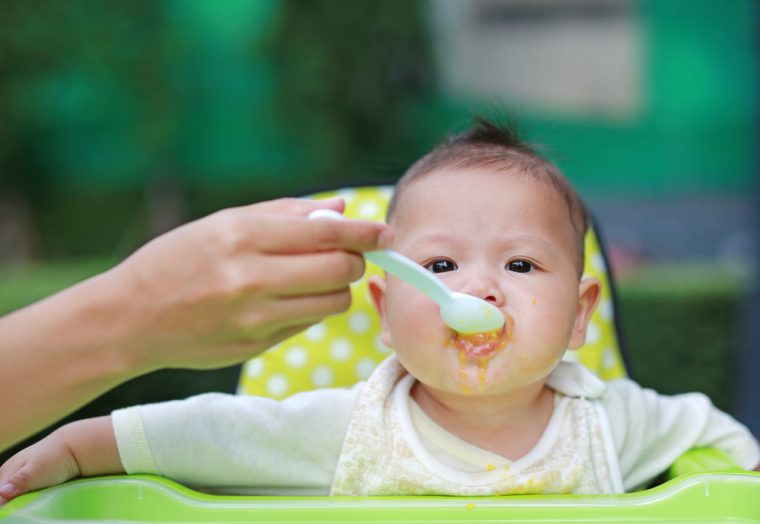 The sense of taste is probably the most complicated of the five senses! If you think about the foods you like and dislike, you’ll probably find that there are many factors that influence your preference, for example, how it feels in your mouth, how it smells, or even how it looks!

In fact, smell and taste are the two most closely connected senses. Remember when we talked about how smell develops even before a baby is born? Well, the taste is also present before birth! Your baby’s taste buds will begin to form while he is still in the belly. At approximately 7 or 8 weeks of gestation, taste cells will first appear. Then, at 13-15 weeks, mature taste buds are recognizable! But can your baby actually taste different flavors at this point? Well, since he starts swallowing amniotic fluid at approximately 12 weeks, his fetal receptors are exposed to stimuli that are constantly changing. The amniotic fluid, apart from undergoing chemical changes during pregnancy, can catch some of the flavors of the food the mother eats. It has been found that newborn infants can recognize these different flavors!

What the mother eats won’t only influence her baby’s exposure to flavors in the womb, but after birth too! If your baby is breastfed, different flavors of the food you eat can be transmitted to breastmilk. As a newborn, your little one will have a natural preference for sweet tastes, that’s why he’ll love breastmilk and formula. Later on, at about four months, he’ll acquire a taste for salty foods, and much later for bitter foods.

Your baby’s taste sense will keep developing through the years, even throughout adulthood! While some preferences for sweet, salty, and bitter flavors change naturally with age (for example, kids like extremely sour tastes more than adults; but are more sensitive to bitter tastes), exposure to different foods has been found to influence greatly our liking or disliking of these flavors over the course of our life. In fact, research from 2009 found that exposing 21- to 24-month-old toddlers to pictures of different fruits and vegetables, influenced their willingness to taste those fruits and vegetables later on.

So, make sure you stimulate your little one’s sense of taste by exposing him to different foods and gradually introducing different flavors. Remember that sometimes you need to introduce the new food 10 to 15 times in order for your kid to develop a taste for it.

Check out this activity video to get some ideas!

Hello Salamatu! Thanks for reading our blog. I recommend you to search in our blog the words “picky eater” and you will find other articles that might help you.

Writing and drawing: What can my little one do at each stage?

• by: Caro
Being able to write or draw is a huge accomplishment for your little one! Like all aspects of development these skills are acquired in a...
Child Development