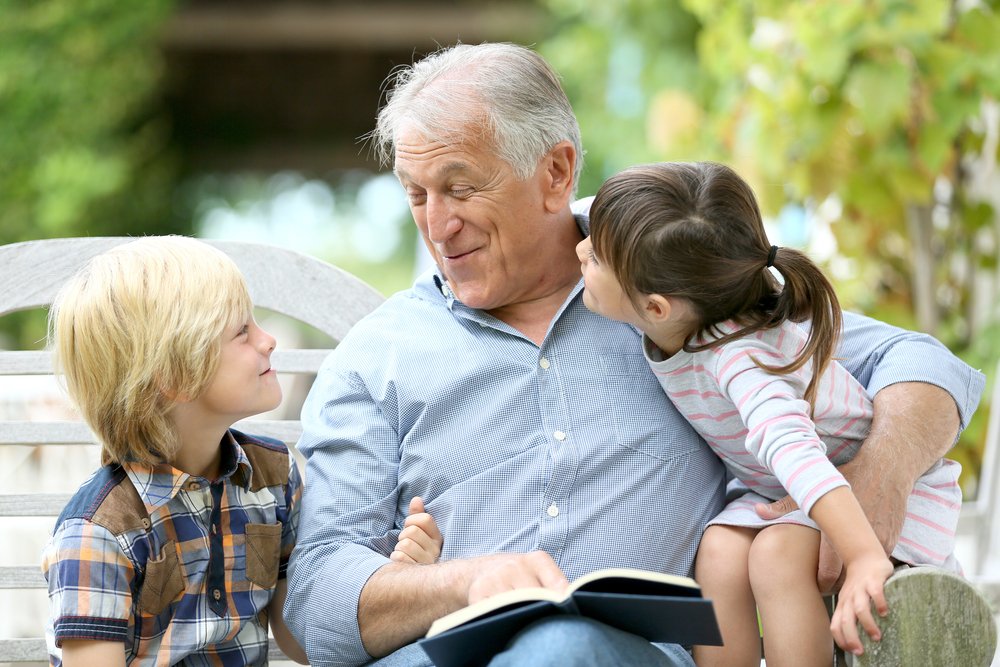 The importance of grandparents

Today’s grandparents are more than the occasional visitors who bring gifts. Grandparents have an irreplaceable role in a child’s development. According to the American Sociology Association, grandparents and grandchildren have measurable effects on each other’s psychological well-being. These pillars of wisdom, strength, and support have unique connections with their young grandchildren that foster the kids’ learning and development. Keep reading to learn more.

In 2011, US Census Bureau stated that 24% of children under the age of 5 were routinely cared by a grandparent. Complementing that, on 2012 MetLife stated that when asking grandparents their reasons for providing care to
grandchildren 58% answered “because I enjoy doing it”.

Unlike the first time around (when they were raising you) they are more confident and relaxed around children, which makes them excellent playing buddies and role models. Playing buddies? Yes! Often when we hear the word ‘grandparent´ we think of an elderly person. Well, the MetLife report stated that the majority of grandparents are in between 46-64 years old. It also projected that by 2020 there will be 80 million grandparents in the world, which means nearly one in three adults.

For a kid, having a grandparent around means having the perfect companion for fun, creativity, and imagination. Not only can they introduce your little one to more interactive games they wouldn’t have learned otherwise, but they will also play the imaginative dress-up games as well. When parents might feel a bit overwhelmed with all the responsibilities, grandparents are there to remind the family to remain light-hearted and enjoy the joys of life. According to the American Grandparents Association, 72% of grandparents think being a grandparent is the single most important and satisfying thing in their lives!

Grandparents also give your little one a wider understanding of where he comes from by sharing their values, cultural heritage, and family history. Sometimes it’s easier for a kid to listen to his grandparent than any other adult. Their tremendous amount of experience makes them the perfect storytellers; especially when it comes to telling anecdotes about your younger self!

Grandparents also provide your little one with a sense of security. Being their parents’ parents makes them wise and reliable in the eyes of your kid; allowing them to develop a close relationship from very early on. Studies have also shown that having a close relationship with a grandparent has positive effects during the teenage years; a time when your son might go through behavioral and social changes and needs an extra ear. Arthur Kornhaber, M.D., founder of the Foundation for Grandparenting and author of several books on grandparenting, mentions “You might say there’s an ‘elder hunger’ for the wisdom of older people. When grandparents share their time and life stories with adolescents, they also share their heart and spirit. That’s a powerful and rewarding experience for both generations”.

Although distance may separate some families from frequent face to face interactions, technology is an amazing tool we can use to keep that relationship flourishing. Studies done with toddlers and Facetime show that at about 17 months your little one knows who he’s taking to and can actually get something meaningful out of the video chat. Plus, this tool is authorized by the guidelines of the American Academy of Pediatrics. So, you can rest assured knowing that your little one can still have a close relationship with his grandparents even from a distance. Of course, when you do get those face to face interactions make sure you make time to maximize the quality and fun of them!

If you want to read more on this subject, you can visit:

This article fails to recognize the fact that some families are not so fortunate as to have living grandparents. Please consider the pain of families who have dealt with loss or are currently losing grandparents when posting such articles.

Hi Sara, we’re very sorry our article created a negative experience for you, that was not at all our intention. We understand not all families are the same. We always try to keep our articles as positive and helpful for parents and caregivers living through different situations or phases. Rest assured, your comments will be taken into account for all of our future posts. Once again we’re very sorry for the inconvenience. Please feel free to share any more comments or feedback you have on future content, it’s super helpful for us to hear back from our users, that way we can improve our service and offer a better experience for you 🙂

I normally don’t ever comment but this is the most foolish response to an innocent and positive article. It’s like reading an article on mowing your lawn and commenting “please take into consideration those who live in an apartment”. Ugh.

Thank you for saying this

Hi Gloria, thanks for reading our blog 🙂 we try to publish helpful articles for different kinds of families!

Brilliant and inspiring blog. Anything more would be most welcomed especially on step grandparents living abroad.
Many Thanks
Fem

Thank you so much for the feedback Ifemu, we are so glad you enjoyed it! 🙂

Love reading about the Importance of Grandparents. I never got to spend too much time with my first grandaughter because I worked full time and had a house and other children to take care of. Recently my youngest son had a baby daughter, she is the light of my life. I get to baby sit on a regular basis and playing with her is so enjoyable. She is 10 months old now and I love how excited she gets when she sees me.

Hi Stephanie, Thank you for sharing your comments and experiences with us. We truly appreciate it, and are very glad you enjoyed our article! 🙂

Grandparents give so much to their grandchildren, and a relationship with them is beneficial for everyone. I am pretty lucky to have mine. I was searching for the perfect way to express how I am greatful for mine, because I was stuck with the same boring present ideas. This article, https://www.ez.insure/2019/08/gifts-for-grandparents-day/ helped me find the perfect unique ways to shower them with the perfect present. They give so much, so it is only fair to treat them.

Both my parents are not involved in my children’s lives, and that’s their choice. But I still share this information because I believe that it is very important for grandparents to be involved in their grandchildren’s lives. Thanks for your article.

Thanks for sharing Rubi! We understand that each family is different, we try to offer useful information for everybody in the different sections of our blog=)

• by: Caro
We all know that each person has a different personality, and that some are more sociable and others more shy. We even notice these qualities...
Child Development

Overprotection and shyness. What makes a child shy? PART II

• by: Caro
In another article, we talked about how both temperament and the environment play a role in the development of shyness, and how parenting styles and...