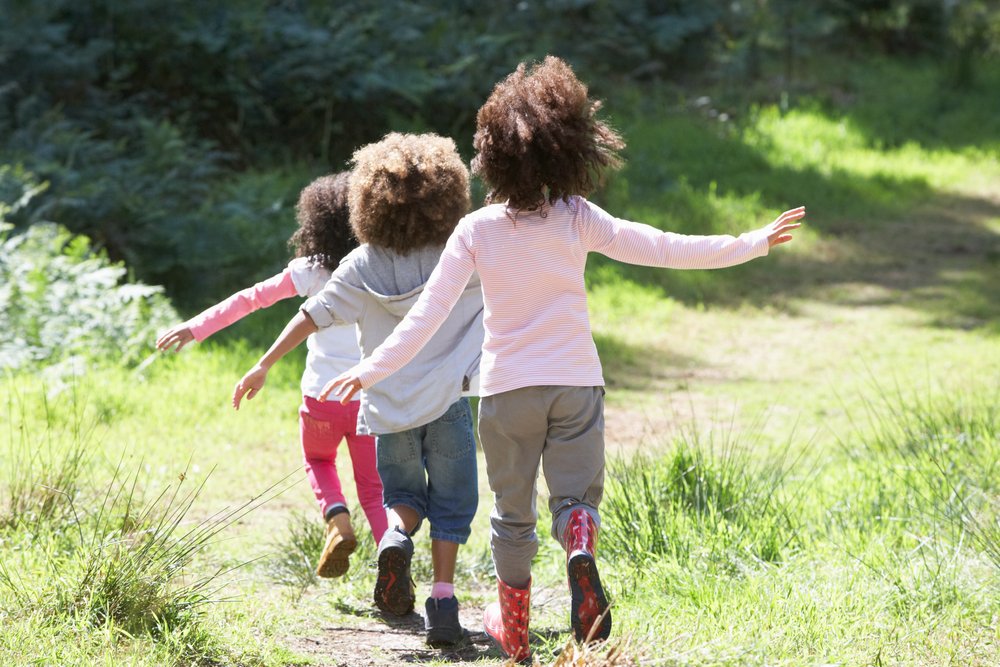 We know that regular physical activity is very important and that, literally, it’s never too early to start. In fact, exercising is very important during childhood because it optimizes bone strength during growth. Research on the benefits of physical activity consistently reports it to be correlated with bone and muscular strength, but also predicting better bone outcomes later in life. Moreover, physical play has been found to have immediate benefits for children’s development, like the distinctive social component of rough-and-tumble play, for example.

The bones and muscles of your little girl are the framework for her growing body. The skeleton grows in density and in size during the first two decades of life. According to the National Institutes of Health, up to 90% of bone mass is acquired during the teen years of life. How strong a person’s bones are will depend on the sum of many environmental, genetic, and behavioral factors. The two most important things you can do to encourage lifelong bone health is consuming plenty of nutrients and exercising in your daily life, because, just as the muscles, bones grow stronger the more we use them.

Bones thrive with physical activity because they contain a network of cells called “osteocytes” that can detect when the skeleton has to work hard. Exercise represents a benign stress to the body. When detected, the bone cells stimulate bone formation and reabsorption, increasing the bone mass, and therefore, developing stronger bones. According to Dr. Michael Levine, form the University of Pennsylvania Perelman School of Medicine, multiple studies show an association between physical activity and bone density, and children athletes have been proven to have increased bone dimensions, density, and strength during growth. But even moderate exercise, such as one hour of physical activity or play every day, has been proven to improve bone density and strength in growing children, and benefits that persist well into young adulthood.

The takeaway is this: it’s never too early to foster good exercise habits in your kids, like enjoying moving to the rhythm of music, loving physical activity, playing with friends, or exploring the outdoors. This can have lifelong benefits for your daughter’s health!