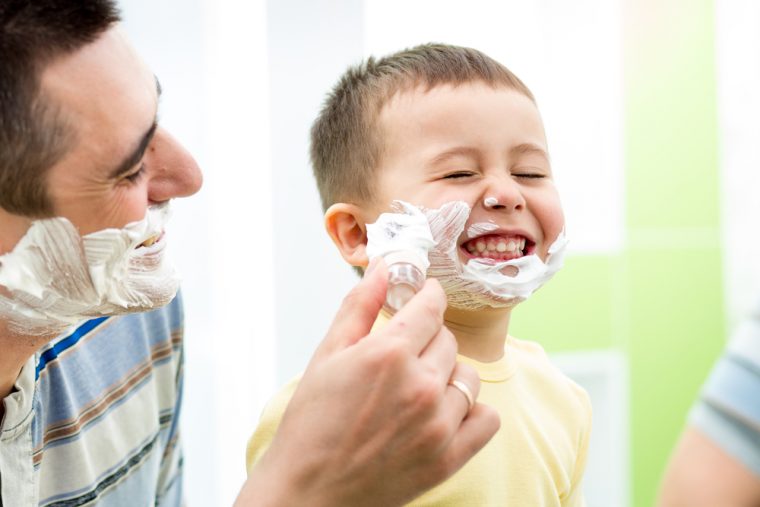 Early childhood has been proven to be one of the most important stages in one’s life. According to Harvard’s Center on the Developing Child, the foundation of each one of our core capabilities is built during this time. From birth to three years old, a child’s brain undergoes an amazing process where it produces more than a million neural connections per second helping the development of abilities in these early stages.

How do babies learn during these first years? Through interaction and practice. From day one, we are co-creating a learning environment with our children and contributing to their conceptualization of the world.

One way in which our youngest learn is through imitation. In a recent study, scientists explored imitation in 36-month-old children, who observed adults sorting different objects into categories. The children who had the opportunity to watch imitated the sorting method of the adult. In contrast, the second group that didn’t see the adults had a more difficult time sorting out the objects. It was also surprising to observe that these same children, when exposed to other objects, were capable of sorting them out again. They did not only imitate directly but were able to replicate the action in a different context. This an example of how children learn by interaction and repetition.

Imitation is a tool that children are naturally inclined to use. How do we amplify its benefits for our little ones? At a very young age we can start with simple imitation games in which they copy facial expressions and gestures, such as laughing, clapping, or blowing kisses.

During the “Terrific twos”, your toddler will be imitating so many details, you will surely have a laugh. Before you know it, he’ll be communicating the same way you do. You might even see him repeating phrases he overheard you saying. This will not only help your little one’s cognitive skills, but also foster his social abilities and interactions with others.

When you notice that imitation is happening, you can repeat movements and reactions so your son can observe them properly. You can even play “the shadow game” in which he can follow you around imitating your every movement. Have fun and encourage him to explore when repeating the movements himself. With this game you’ll also foster your little one’s language development by describing what you are doing or having him repeat the words to name the actions that he can imitate.

You can also model different behaviors you would like your little to learn or even take advantage of those times when, by accident, you modeled a less desired behavior. You can start by explaining the consequences you could have for acting that way and mention that all of us make mistakes. It can be a great opportunity to model how to say “I am sorry” or to create empathy with others.

The imitation tool can be used plenty, and it has a direct effect on the development of your child’s social skills, his learning of how to react to each situation, the development of his self-awareness and his planning and cognitive flexibility. Even at such a young age, it helps him build his own beliefs of how the world works. Dare to play an imitation game with your little one! You won’t regret it.

For more tips to model behavior, visit: Mirror, mirror: Behind your little one’s wish of wanting to be like you

• by: Sofía Martínez
During their first years of life, babies develop an attachment to their parents. Building this bond depends on the quality of the interactions you have...
Child Development

• by: Sofía Martínez
In Part 1 of this article we said that exposing your child to music from an early age has a positive effect on his social...
Child Development

• by: Sofía Martínez
During your little one’s first years his brain will make trillions of connections, and his experiences, whether positive or negative, are crucial to this early...