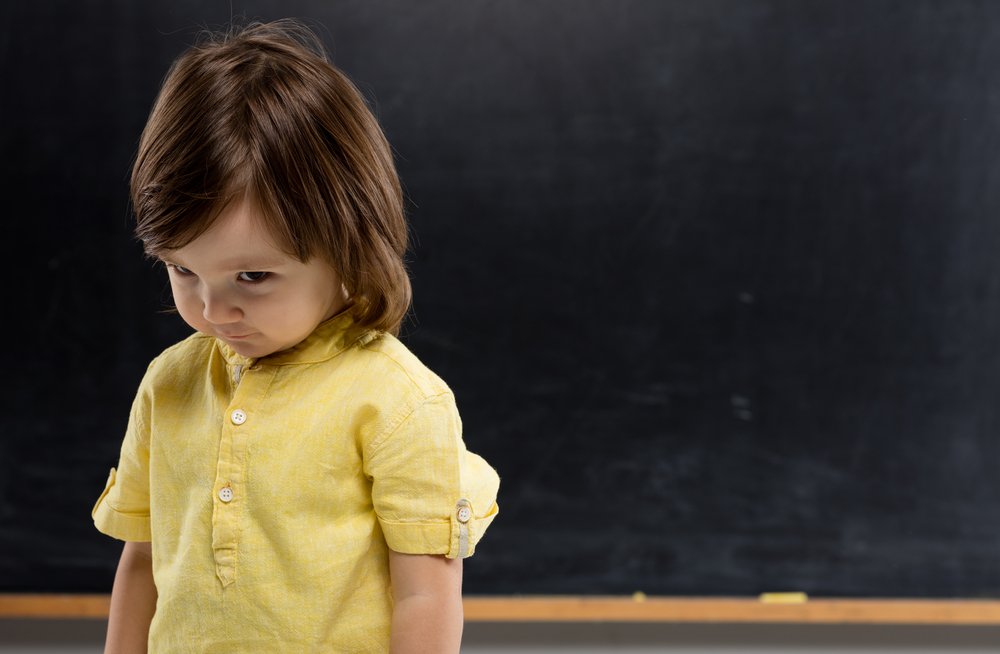 What are the outcomes for babies who are born bashful?

Is your child bashful? To determine the answer to this question you may ask yourself how would you describe your child’s temperament. Too often people tend to confuse shyness or behavioral inhibition with introversion (Weir, 2014). Even if shy and introverted children’s response to social interactions may seem the same, tehy’re quite different.

According to Koraly Pérez-Edgar, a developmental psychologist at Penn State University, bashful children really want to socialize with others, but it’s too overwhelming and difficult for them. They really crave social interactions, but at the same time socializing is too stressful for them. On the other hand, introverted children are not really interested in social interactions, as they prefer spending time by themselves. So, how can you detect if your child is shy? Pérez-Edgar says that bashful children have these in common: they are timid and often show a coy smile.

When can you find out if your child is bashful?

According to longitudinal studies from Harvard and the University of Maryland, signs of behavioral inhibition or shyness can be seen before a baby’s first birthday (Weir, 2014). One of these signs is sensitivity to novelty. For example, babies react with signs of distress when shown a new musical toy. Later on, this sensitivity to novel things gets canalized into a sensitivity to social novelty (Weir, 2014). This is one of the reasons why it’s more common for a bashful child to develop social anxiety compared to an introverted child.

Is being bashful an all downside?

Opposite as you may think, being sensible or reserved in social situations is not problematic. It’s good that there are people who are more cautious about threats in the environment! Also, according to a research study, behaviors such as the coy smile is perceived as positive by our society (Weir, 2014). However, there are some downsides for bashful children such as, spending less time with peers, which is important for developing social and communication skills. But, letting aside these small disadvantages, the biggest downside for a bashful child is the high risk of developing social anxiety (Weir, 2014). Even though most children who are bashful learn to adjust themselves as they enter adolescence, as many as 35% develop social anxiety. Later, social anxiety can lead to using drugs as social lubricants, or it can cause depression. The good news is that the majority of bashful children learn to manage their shyness and reactions throughout the years (Weir, 2014).

According to a study by Perez-Edgar, babies who showed heightened attention to threats, were more socially inhibited as adults. Perez-Edgar suggests that we may help bashful children learn to focus their attention away from threatening stimuli. This way they might be able to change their behaviors and reduce their risk of developing social anxiety. Moreover, parenting significantly contributes to shyness. Even though we may want to overprotect bashful babies, we need to let them experience and cope with uncomfortable situations. By doing so, they might have the opportunity to practice regulating their reactions and feelings of shyness (Weir, 2014). As parents, we need to support our children, while also letting them do things on their own. To sum up, shyness is not a disorder and doesn’t have to be a problem for bashful children (Weir, 2014). If you have a bashful baby, just put him in the right environment, don’t be overprotective, and your little one should do just fine!

• by: Maggie
Parents praise their children for many different things, especially during their first few years of life when they are constantly learning and accomplishing new tasks....
Child Development

• by: Isabel
Gene expression makes us who we are and it varies depending on how we live. We interact and are in a constant conversation with our environment....