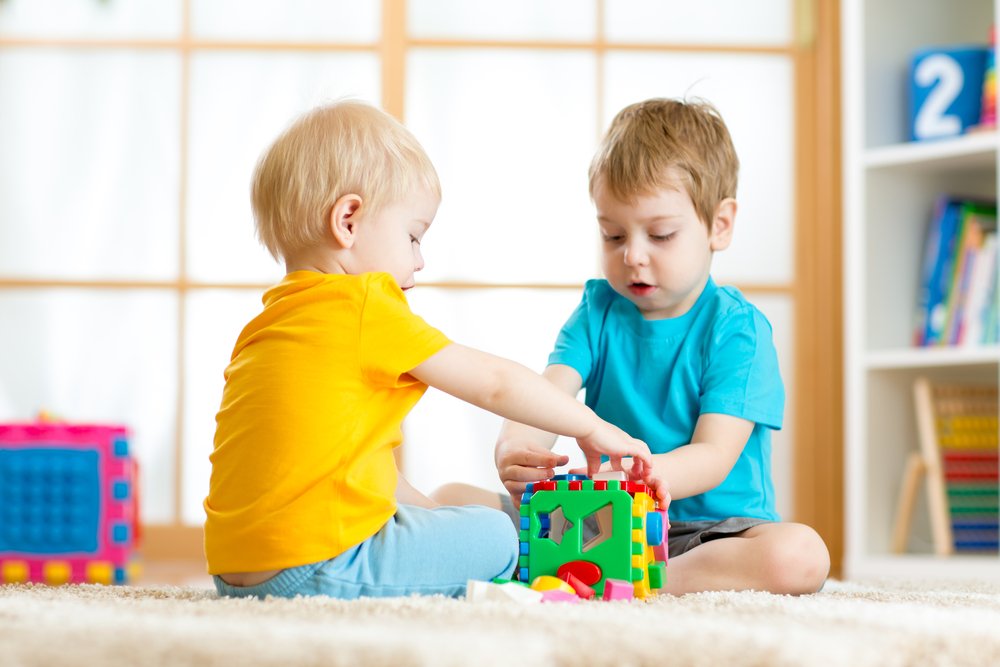 When will my little one collaborate?

If collaborating with another person is not always an easy task for us, imagine what it’s like for your little one!

Collaborating means that two or more individuals work together to reach a common goal, each of them has an individual role during the process, and, in the end, the reward is shared accordingly among them. Besides, collaborating involves advanced cognitive and social skills that allow children to understand that when you agree to do something, there is a cultural expectation for people to comply. For example, if a kid says to him “Let’s build a tower” and he answers “Okay!”, he has agreed to collaborate, and a mutual obligation has been created between the two of them. So, is cooperating really that complicated for your child? Absolutely not! Your little one might surprise you with how smart he is. Of course, development is a gradual process and it all depends on what stage your little one is in. Some studies have found interesting results that show children’s ability to collaborate at different stages.

One-year-olds
Although babies as young as 6 months can show interest in other babies, at this stage interactions between them are rare. Sometimes they can cooperate with adults at simple games and may understand other people’s intentions and goals by reading their behavior. However, this is not enough for them to assimilate their own purpose with that of a peer and work together to achieve a goal. Thus, coordinated activity between two babies this age will be uncommon and will most likely be due to coincidence rather than cooperation, as they are not yet able to take their peer’s actions into account, even when these could help them achieve their own goals.

Two-year-olds
At this point, children begin to interact more with other kids, broadening their social world. Thus, their social skills will improve, they’ll be able to deduce other’s intentions from a larger variety of behaviors or even from more subtle cues. Plus, now they’ll begin to imitate others during play. Because of this, children this age will be better able to cooperate and create common goals with one another. So, gradually, they will acquire the necessary skills for actively cooperate towards a shared goal, taking the other kid’s actions into account and adjusting their own using techniques like monitoring, timing, and sequencing. Unlike one-year-olds, children this age can see their peers as partners with who they can cooperate. Still, it is possible that their collaboration is a result of each of them wanting to achieve their own goal, but not realizing that the other child has the same intention. That is, one kid might understand that to achieve his goal the other toddler must do a certain thing, but he will not yet understand that they are in fact working towards the same purpose.

+ Three-year-olds
At this point, toddlers are more prone to take the other’s needs and desires into account and focus more on the other when they talk, for example, telling or asking a peer to do something. Thus, their cooperative behavior will be more responsive and will be highly influenced by their peers. Now, they understand what a shared commitment is and how it creates a responsibility to collaborate with one another. This can be showed in different scenarios, for example: if one of them gets a bigger reward, the other will insist that he receives the same or the first kid will share his own, or if one of the kids takes more than what he deserved, the other will protest and likely be successful in making him concede. Besides, children this age will realize that, if they no longer wish to fulfill their part of the commitment, they must ask permission or apologize (sometimes this just reflects in a statement like “I don’t want to do this anymore” or “let’s do this instead!”). Toddlers can have different type of responses to a partner deserting the mission. On the one hand, they may protest when they know it was intentional; on the other hand, they may teach their peer when they are not sure if they understood their role. Thus, children this age demonstrate several cognitive skills that allow them to distinguish others’ intentions and differentiate between a partner that knows and one that is ignorant.

If you want to learn more about this, check out these pages!

The magic behind routines

• by: Caro
We’ve already talked about how important routines are for our babies and kids and that they provide a sense of safety and predictability. But how...
Child Development

• by: Caro
As adults, we understand that others have their own thoughts, beliefs, and desires; that is, they have their own way of thinking. But we’ve not...
Child Development

3 science-based tips to help your little one thrive

• by: Caro
We all want to give our children the best chance to have a happy and healthy life, to do well at school, and be successful...