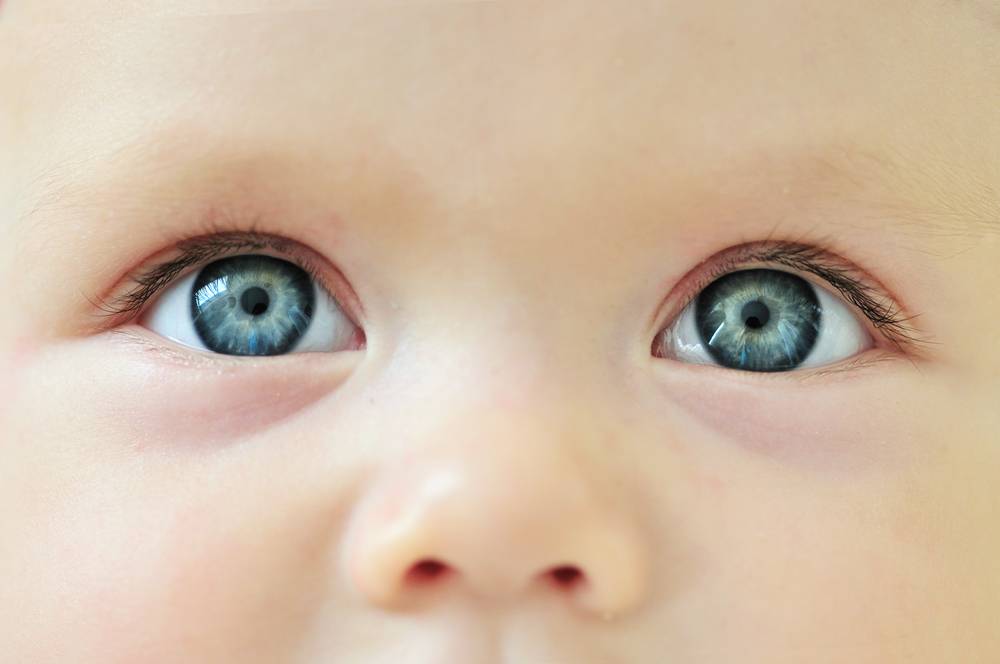 Wiring up the visual brain: Nature vs. nurture

“Vision will become the lens through which your baby will perceive and learn about the various properties of the world.”

The vision takes up 30% of our cortex, compared to the 8% of touch and just the 3% of hearing. Each of the two optic nerves carrying information from the retina to the brain consist of millions of fibers. It is one of the most sophisticated aspects of human development. This development occurs so quickly that is dominates the human sensory experience. This process is crucial and will become the lens through which your baby will perceive and learn about the various properties of the world.

Firstly, how does this phenomena occur? Babies begin with a rather limited visual experience, but this wiring occurs in two phases. The first phase of this development is nature’s part of the job, establishing a crude wiring diagram. Big groups of neurons use a host of programmed molecule cues to help guide axons to near current locations. The second phase, however, is influenced by nurture. The baby’s visual stimulation generates electrical activity. Neighboring axons compete for space in the brain’s unrefined map and the pruning process occurs. Depending on the timing and level of electrical activity, axons either lose their synapses or link into accurate targets. This evolutionary adaptive process is called synaptic pruning; the “fittest” or most active connections that complete this wiring journey are able to successfully refine this crude map into a more precise representation of visual space.

Is there a critical period for visual development? Vision is highly malleable, especially during the first two years of life. The brain needs stimulation in order to wire itself up properly during this pruning period. Once this is over, the cortex cannot rewire itself drastically no matter how much stimulation is applied. A particular visual skill first begins when synapses initially form in its underlying circuit. Afterwards, it is subject to modification by experience only if synapses have undergone the refinement phase.However, given that different parts of the visual system undergo refinement at different times, this period of sensitivity to visual input differs among individuals. Vision is highly malleable until age two, following a decline until reaching ages 8 and 9.

Is there a correlation between visual experiences and later visual preferences? It seems to be the case. Most of us are raised in “carpentered” environments, or surrounded by rectangular buildings and houses, so we have slightly better acuity for both horizontal and vertical orientations than other objects such as diagonal orientations. In contrast, Canadian Indians that have been raised in more traditional teepee-shaped “houses” have a better acuity for oblique angles than those raised in normal department/house-like environments. So there is a correlation between these two.

Early childhood visual experience does in fact have a long-lasting impact on perception and visual circuitry wired in the brain. Might this subtle difference influence whether this baby becomes an artist or a soccer player? It might!

Vision is highly malleable, especially during the first two years of life. The brain needs stimulation in order to wire itself up properly during this pruning period. Once this is over, the cortex cannot rewire itself drastically no matter how much stimulation is applied.

The nature and nurture of motor development

• by: Isabel
"Once your baby has mastered his reaching abilities, he is taking his first step into exploring the physical world." The rate in which your infant acquires...
Child Development

Why barefoot is best for babies!

• by: Isabel
There is nothing more striking in life than watching babies in awe while they explore the world around them for the first time. Joy and excitement...
Child Development

• by: Maggie
As we now know, babies’ brains are highly vulnerable especially during the first months of life. Opposite as we once thought, every move we make as...