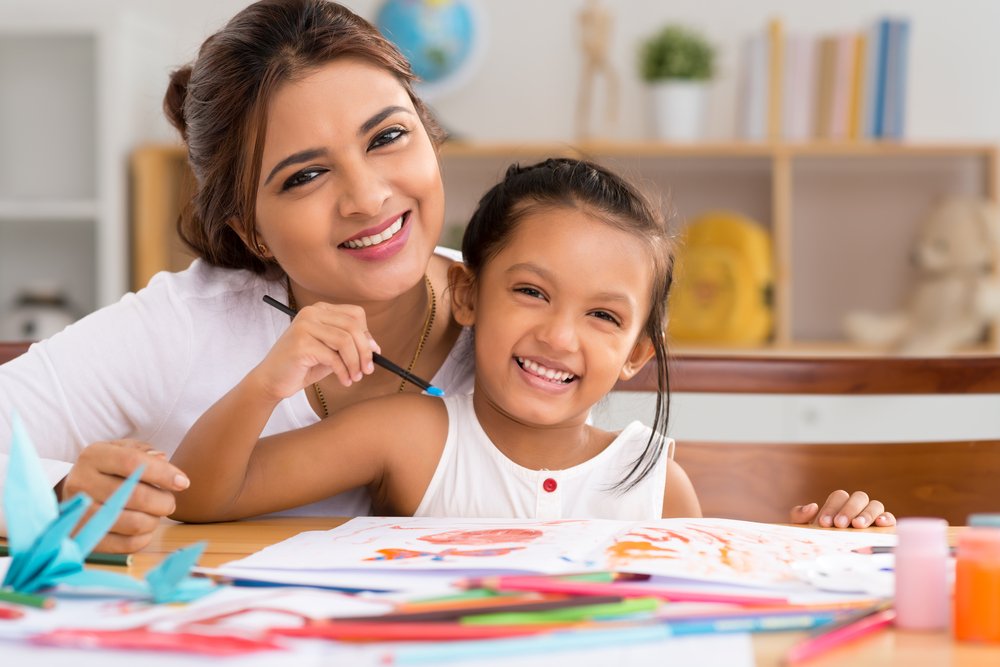 Writing and drawing: What can my little one do at each stage?

Being able to write or draw is a huge accomplishment for your little one! Like all aspects of development these skills are acquired in a gradual process that involves more advanced and complex skills each time. Since your baby is born, she starts to work on her finger and hand movements that, later on, will allow her to hold a crayon and scribble. From this point, there are several stages that she’ll go through while practicing her writing and drawing.

Random Scribbling
Starting at about 16 months, your daughter will begin to scribble in a random way. She will start to realize that her arm movements create the lines she sees on the page. At this point she’ll be able to hold the crayon with her whole fist and her scribbles will be produced with large arm movements (originated from the shoulder).

Controlled Scribbling
As she develops more control over her hand and finger muscles, she’ll begin to make more controlled lines and scribbles. You might see that she repeats the same lines (vertical, horizontal, diagonal, etc.) over and over again, practicing.

Lines and patterns
Then, your little one will take a huge step: understand that what she draws can have a meaning! She’ll recognize the components that make up writing: lines, curves, and patterns. Even though she won’t be able to write actual letters, she’ll try to imitate the patterns. She might “write” something down and then tell what it means.

Anticipating the drawing
Later on, your little one will develop the cognitive ability to hold images in her mind, that is symbolic thinking. So, if she used to create random works of art and name them only after finishing them, now she’ll be able to plan what she wants to draw! She’ll demonstrate even more control and detail when handling crayons, and will love to use different colors. She’ll also begin to differentiate between pictures and words. You’ll see this when she draws a dog, for example, and then “writes” its name below.

Experimenting with letters and words
Now that she’s had practice, she’ll start trying out different letters and words, most likely the letters from her own name. Plus, she’ll start to understand that some words have a longer line of symbols (letters) than others. So maybe you’ll see that she scribbles in a way that simulates short and long words.

To learn more about this topic and ways to encourage your little one writing skills visit this article: Learning to Write and Draw

So proud- got my baby a magnadoodle board (I’m an artist and love drawing and painting) I figured why not let him play with it at 10 months? He’s learning to hold the pen the right way and make scribbles from time to time- still likes to just put the pen in his mouth instead but he’s gettin it some times!