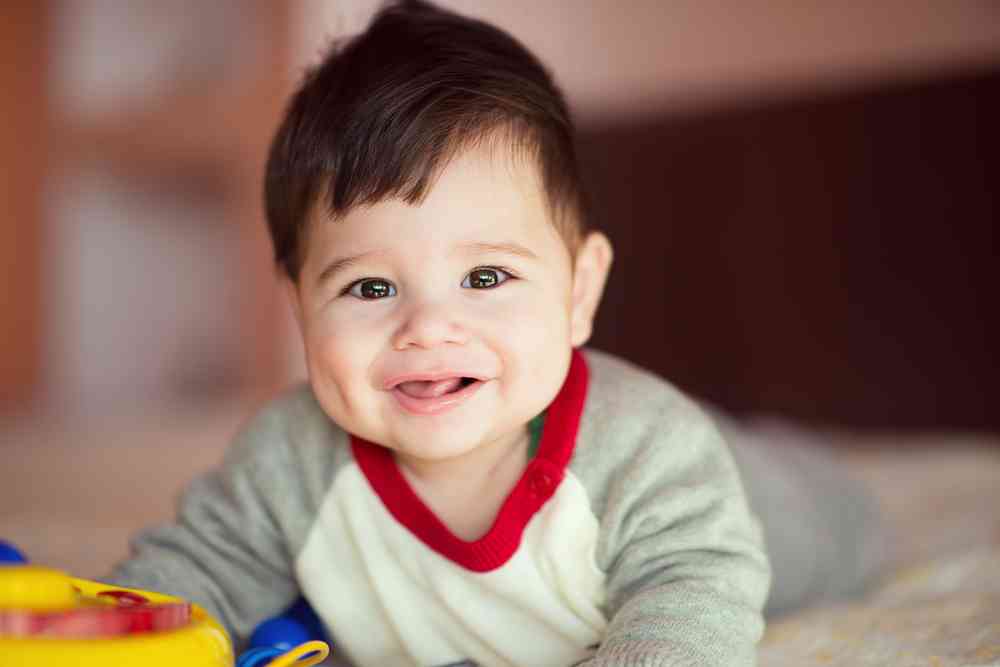 Much to parents’ delight, babies’ first words are normally “mama” and “dada”. Actually “dada” is typically said first, but only because it’s easier for babies to pronounce! Other than the fact that mom and dad are around a lot, studies have shown that those are the first words babies utter because of the repeating sounds in them. In fact, most languages have very simple words with repeating sounds for naming mom and dad, and sometimes even grandpa and grandma.

Newborns’ brain scans show increased activity when babies listened to made-up words with repeating sounds like “mubaba”. When they listened to words with non-adjacent repetition, like “bamuba”, they showed no distinctive responses. This suggests that babies recognize repetitive sounds more easily, and that’s why words like “mama” or “dada” are easy to learn and vocalize.

Language development is complex and it begins significantly before those first words. At around eight weeks, cooing and babbling begins, symbolizing a baby’s first formal attempts at vocalizing. These sounds are especially welcome because they serve as a way of letting caregivers know that they are ready to learn; their vocalizations convey interest. At around six or eight months, babies mix consonants with vowels to make babbling sounds. This is around the time when “mama” and “dada” come in, but it’s usually not until the first year when those words are used intentionally.

By around 18 months, toddlers normally know and use several stand-alone words. Some kids even put two words together to convey more meaning. Even though at this age their vocabulary is limited, they understand much more than they can speak. The two-year mark brings two to four-word sentences and the beginnings of real conversations. So much that the only time you won’t hear your little one’s voice will be when he is sound asleep!

A great way to stimulate language development is to talk back. Respond to your baby’s vocalizations in a serve and return manner, making pauses and listening to what he has to say –pretend you understand and that you are having a conversation together!

• by: Sofía Martínez
During her first years you’ll be amazed of how your little one goes from babbling to knowing how to participate in conversations. We’ve put together...